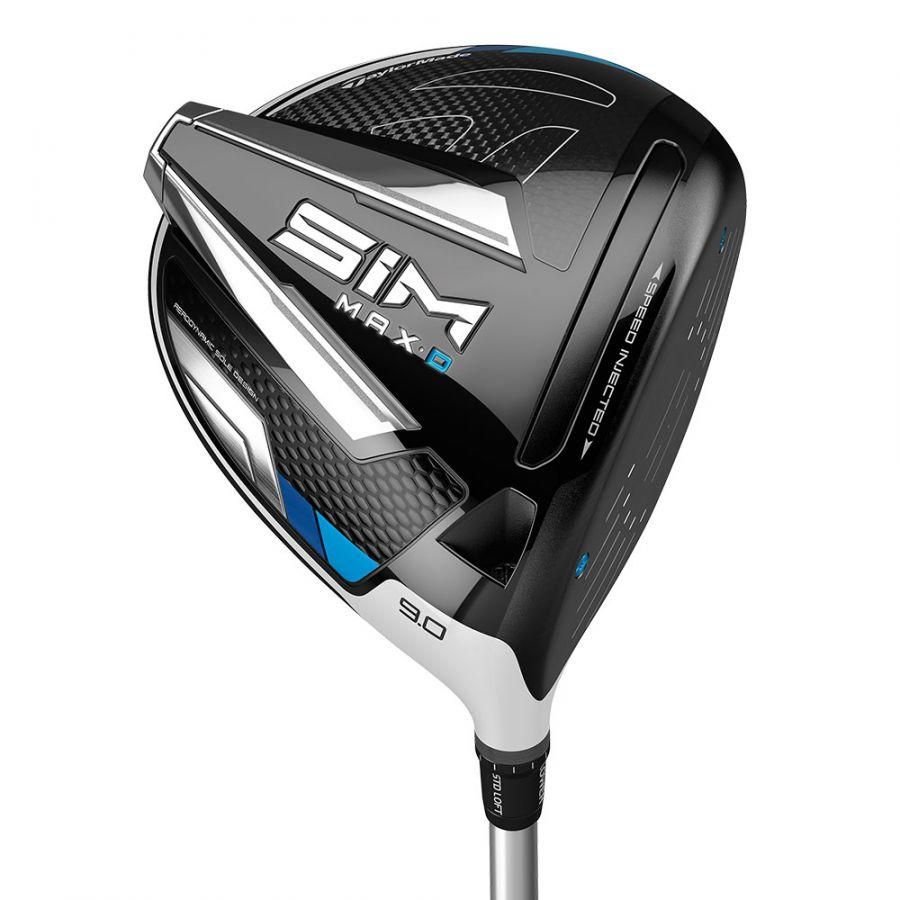 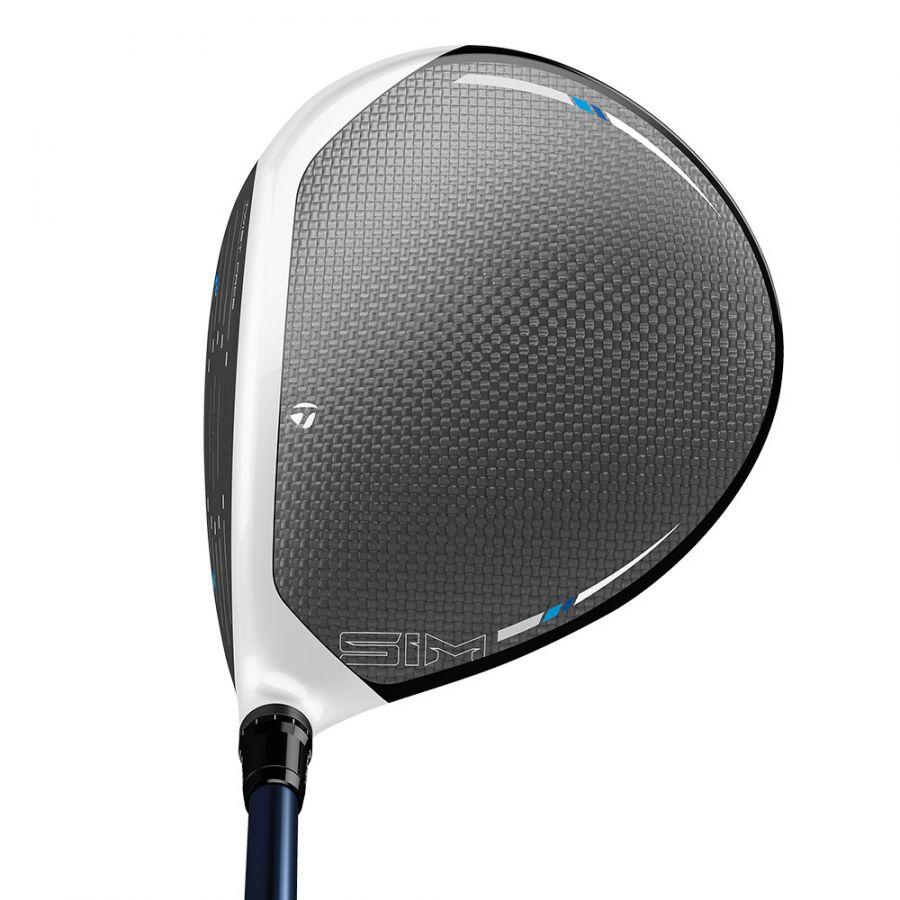 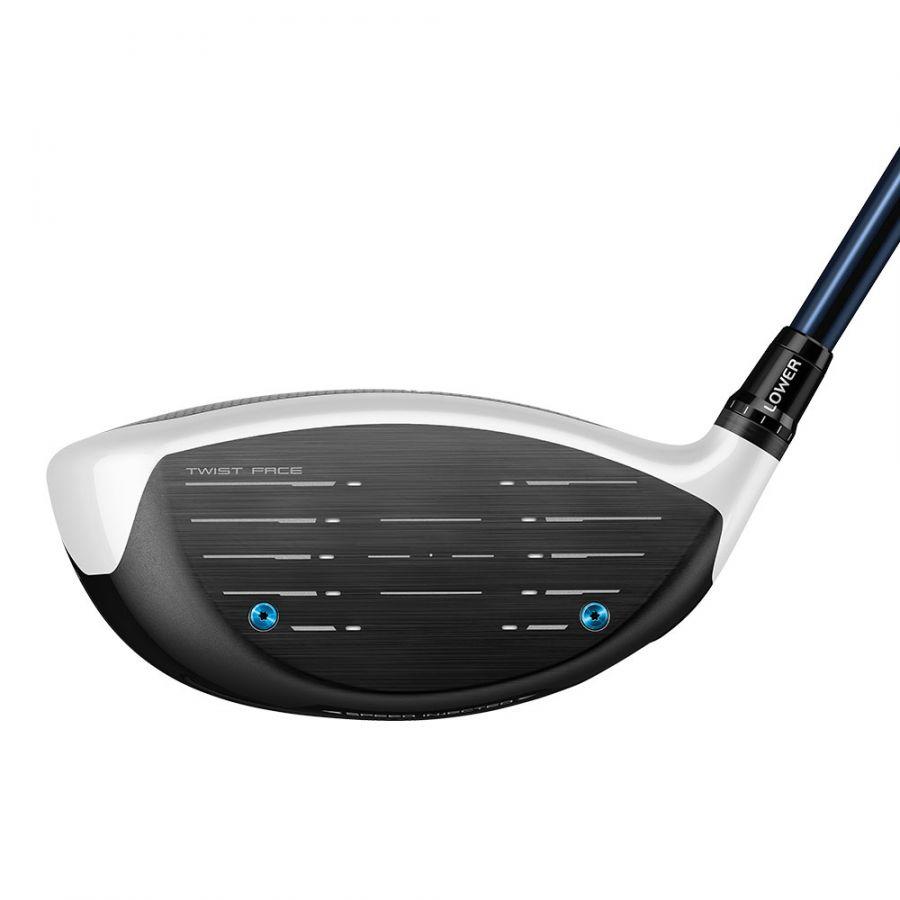 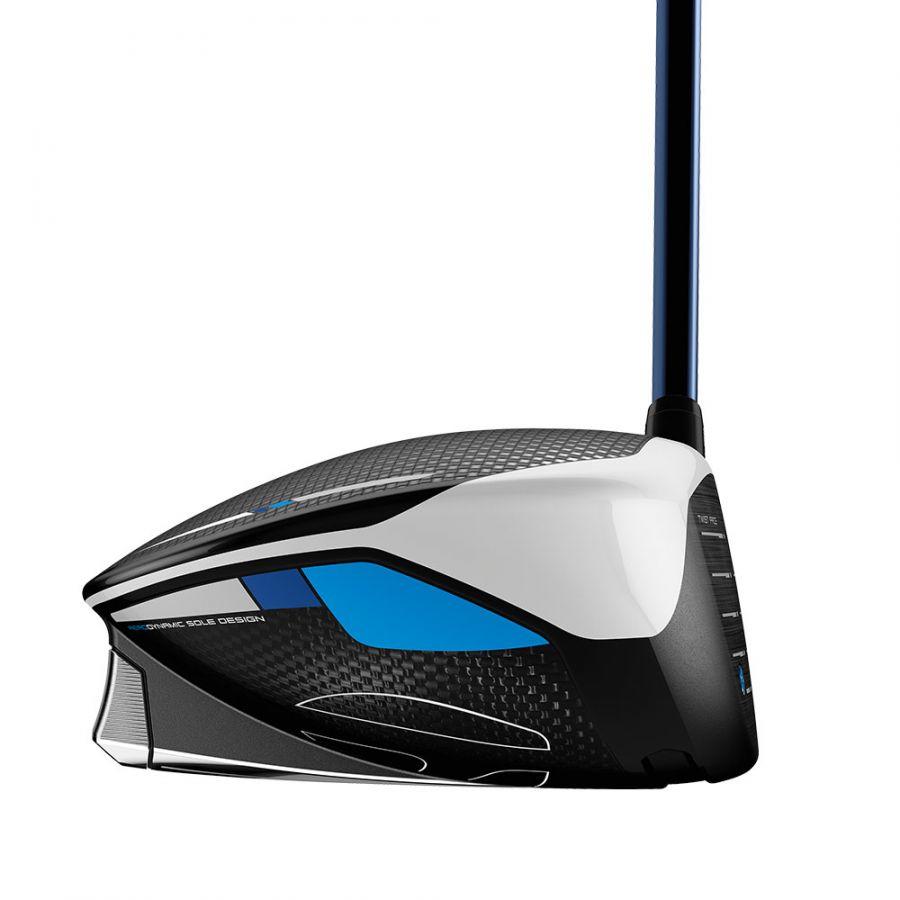 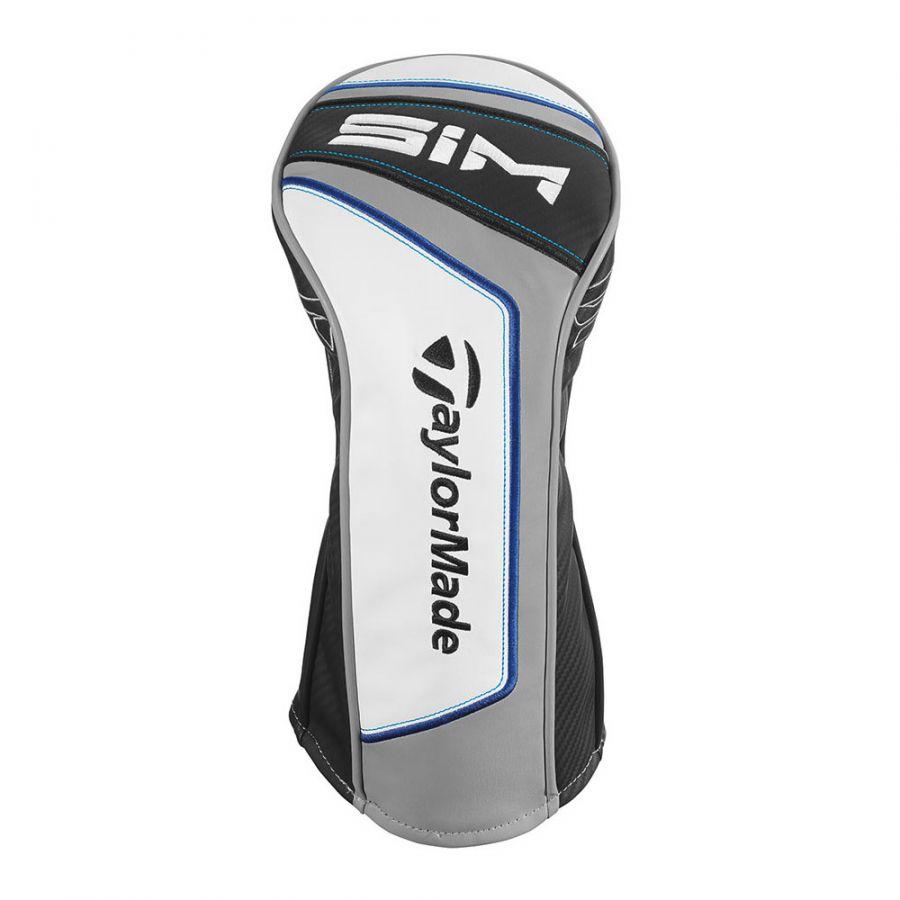 TaylorMade's obsession with helping golfers improve has driven them beyond the traditional. They have reinvented the shape of the driver to deliver a new level of Speed and Forgiveness through advanced aerodynamics combined with a high-MOI multi-material construction. An asymmetric sole design and powerful new Inertia Generator combine to increase aerodynamics and speed at the most critical stage of the swing.

With an asymmetric sole design and enhanced 'Inertia Generator', SIM (Shape in Motion) drivers rely on geometry to unlock the next frontier of performance. A series of shape-inspired innovations work in unison to improve forgiveness while also increasing aerodynamics and clubhead speed at the most critical stage of the swing - the last three feet (one metre) of the swing before impact. Known as the speed generation zone, this is where the most meaningful increase of clubhead speed occurs. At the Tour level, players commonly accelerate from 90mph to 120mph in that moment of truth. SIM drivers are engineered to improve aerodynamics, and thus clubhead speed, through this critical phase of the golf swing.

SIM, SIM Max and SIM Max•D drivers feature a raised crown and sole to reduce drag and improve airflow throughout the swing. While raising the crown and sole improves aerodynamics, it typically comes with a trade-off in the form of higher CG projection. However, the SIM family of drivers counteract that with the Inertia Generator positioned low and back with a heavy steel weight at the rear of the club. This design element moves the CG projection very low, optimising launch conditions and increasing MOI - providing additional forgiveness for the golfer. During aerodynamic testing, TaylorMade discovered the need to rotate the Inertia Generator to match the direction of airflow within the speed generation zone. The result is the air that moves smoothly across the sole on the downswing and enhanced clubhead speeds in company tests. To put it simply, TaylorMade has designed a driver with no tradeoffs. SIM is fast, forgiving, promotes favourable launch conditions and has one of the hottest faces in golf.

TaylorMade's journey to SIM began with the lightweight carbon composite technology the company has developed over the course of the last 15 years. The fifth-generation carbon composite material, which was refined throughout the lifespan of the popular M series, was the key to unlocking a series of new geometric opportunities for TaylorMade engineers. By using carbon materials to construct the crown and sole paneling of SIM, SIM Max and SIM Max•D, designers saved a considerable amount of weight, which was then redeployed into the flagship design feature of SIM drivers - the heavy Inertia Generator that's positioned low and back in the club. New for 2020 is an ultra-light weight chromium carbon crown with a chalk white top-line that creates contrast with the black clubface to help frame the ball at address and improve alignment.

In 2019, TaylorMade took Twist Face® - the revolutionary face curvature that's designed to straighten ball flight - to the next level of performance with Speed Injected Twist Face. Exposing the false narrative that speed limits have been reached in a metalwood, this breakthrough technology allows the company to push ball speeds near the legal limit for every driver in the SIM family, particularly on off-centre hits. Three key features allow this to occur. Ultra-thin Titanium face with redesigned Inverted Cone Technology (ICT)   Variable amounts of injected resin based on testing of the face A proprietary algorithm to tune each head

Every SIM, SIM Max and SIM Max•D driver head is inspected, measured and tuned to maximise speed and to ensure conformity; a process truly unmatched in the golf industry. Where other drivers have a greater level of variation in ball speed from one to the next, TaylorMade's engineering and development processes effectively deliver a level of precision that ensures every golfer gets a hot and fast driver head.

The SIM Max driver is designed to deliver maximum forgiveness. The all-new Inertia Generator positions additional weight at the extreme rear of the club to further increase MOI, providing more forgiveness and slightly higher launch conditions than the SIM driver.